Throughout the entire year, you can hear street musicians playing in the various corners of Cluj. They perform mainly in the downtown area, where most people are in a big hurry, just walking right by one another. It used to be thought that music can transform strangers, even very differing people, into one community, so we might imagine that street musicians are very socially engaged people. However, these performers, who have finished their professional studies, are not interested in merely making music; the street also provides an important income for them.

The project 10,000 bani opera is an attempt to have the city's street musicians play together on one occasion, thereby creating an orchestra of beggars. For one evening, the ambiance of the city will enter an enclosed space, the possibility of just passing by will cease, and attendees will have no other choice, but to listen to the music of the street, together with all its accompanying, urban noise.

On the one hand, the project is a tribute to street music and musicians. On the other hand, it highlights the artists' vulnerable situation and the social insecurity of their existence.

The main partner of tranzit.ro is ERSTE 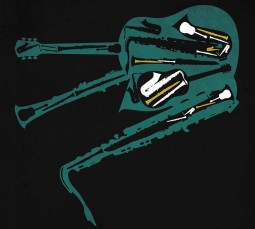