What are the criteria according to which we establish if a work of art is valuable? Who sets these criteria and on what basis? Do we need to judge art differently according to the context where it is produced/ received, as well as to the gender/ ethnic/ religious, etc. belonging of those who produce the works?

An event organised by tranzit.ro/bucurești and Sofia Nădejde Awards for Literature Written by Women. 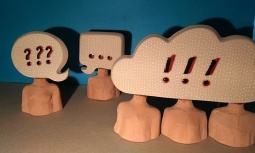