Bojana PIŠKUR & Đorđe BALMAZOVIĆ: How was the middle class born?

“How the middle class was born?” is the third contribution towards “The Glitter(y) and the Misery of the European Middle Classes” project and will materialise in Iaşi between 15th and 25th of July in the from of a short term residency of Bojana PIŠKUR & Đorđe BALMAZOVIĆ.

Bojana Piškur, PhD is a writer and curator who works at the Museum of Contemporary Art Metelkova (Museum of Modern Art in Ljubljana). Her focus of professional interest is on political issues as they relate to or are manifested in the field of art, with special emphasis on the region of the former Yugoslavia and Latin America. She has written for numerous publications and lectured in many parts of the world on the topics such as post avant-gardes in former Yugoslavia, radical education, cultural politics in self-management and the Non-Aligned Movement, always in relation to the wider social and political environment.

Đorđe Balmazović is a member of Škart collective, which was founded 1990 in Belgrade, Yugoslavia. In 90’s Škart collective was making little ‘samizdat’ books and artworks and then distributing them in street actions. In 2000 Škart founded other collectives - choir and orchestra named Horkeškart and female embroidery group. In 2008 the collective started ‘Poetrying’ – a monthly festival of experimental poetry. The festival runned for 5 years until 2013. Since 2012, the collective is organizing occasional workshops held in the foster care house “Vera Radivojević” in Bela Crkva. From 2013 up to now Škart did several workshops with migrants based in asylum centers in Bogovadja and Banja Koviljača. The members of Škart Collective earn their wage working as graphic designers. 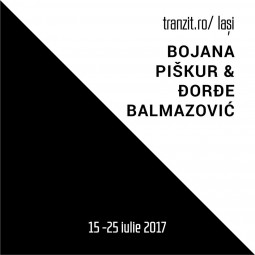