RiseOUT, in collaboration with MozaiQ and with the support of the Embassy of Sweden in Bucharest and tranzit.ro/ Iași, invites you to a screening of the short film Pieptiș / Abreast on Tuesday, February 14 2017, starting at 7 pm, at the tranzit space in Iași. The screening will be followed by a conversation with Patrick Brăila, the director of the film, and Vlad Viski, president of MozaiQ, about the everyday struggles of transgender people in Romania, as well as about the LGBTQIA+ community in Iași.

Pieptiș / Abreast is a little bit about all of that.
And a bit more about the fact that you are never alone.
At anytime, anywhere, there will be people who have similar experiences.
And there are other people who want to understand you and support you in your transformation.

11 years of battles, trials, failures and successes. This is what Pieptiș / Abreast is about.
It slices gently into the transgender experience of coming out to your family.
And in the end - one conclusion: it’s worth having the courage to start the fight.

Patrick Brăila is a 31 year-old film director and transgender activist born and living in Romania. In 2008, he graduated from Media University in Bucharest, Faculty of Film and Television. His work focuses mainly on film and television and human rights activism. Between 2005 and 2013 he worked with Media Pro Pictures, the largest production company in Romania at the time, as a developer, story editor and creative producer while founding and leading a cultural NGO, DTS Flow, in his hometown to promote art through film in a town where all the cinemas had been closed.

RiseOUT is a community organization whose mission is to inform, educate, support and empower LGBTQIA+ people in Iași, Romania and to form a stronger queer community together.

MozaiQ is a community organization that addresses LGBTQIA+ people in Romania. MozaiQ wants to build an LGBTQIA+ community in Romania through solidarity and mutual trust, social activity outcomes, presence in the alternative cultural scene, as well as special attention towards certain groups within the community: Roma people, transgender people, sex workers, HIV+ people, people from a low socioeconomic background, people with special needs, and the elderly or youth. 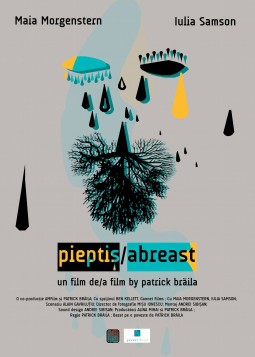