Lectures on the Weather

The project Lectures on the Weather is meant as a series of lecture-performances and fieldwork that put forward the possibilities to engage differently with urgent and catastrophic agendas, while embracing ethical and emotional challenges of the artistic labour. The project references the iconic piece by John Cage, Lecture on the Weather, 1976. Central to it is however, the feminist perspective exposing unexpected solidarities and offering space for horizontal networks and movements. Participating artists, including Klara Hobza, Alina Kleytman, Goda Palekaite, Sandra Heremans, Anna Olszewska will realise a series of actions in September 2022.

The project’s curator, Anna Smolak will spend a week in July in Bucharest and at the Experimental Station for Research, in Silistea Snagovului.

Anna Smolak is interested in institutional discourse and the examination of alternative modes of collaboration and organization. In her work, she has investigated the notions of locality, periphery and exclusion, focusing particularly on east-European and post-Soviet context. 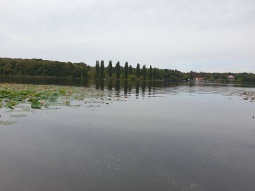