The public sphere currently feels an acute sense of clarification regarding the rise of nationalist identitary currents that erode the principles of liberal democracies. New nationalist proposals are radically testing the concept of democratic liberalism. The project COMUNITĂȚI RE-IMAGINATE (RE-IMAGINED COMMUNITIES) is illustrating the contemporary art’s ability to offer ways of profound understanding of the social present, tightly connected to the local memory and the global artistic agenda.

COMUNITĂŢI RE-IMAGINATE is a trans-disciplinary cultural project realized in Iași with contributions of international and local artists, theoreticians and researchers. By means that are specific to the contemporary art (micro-residencies, exhibitions, screenings, presentations and discussions) or to the social-humanist public debate (seminars, presentations, interviews) RE-IMAGINED COMMUNITIES addresses the concepts of “nation” and “nationalism” in the specific context of the cultural history of Iași (on the one hand the 1859 unification, the nostalgia of the statute of old capital city, the vicinity of Republic of Moldova, the condition of border city of the European Union and on the other hand, the influence of the traditionalist ecclesiastical circles, the specific role in the apparition and the rising – in the period between the wars – of the most important fascist type movement from Romanian – The Legion of the Archangel Mikhail, the 1941 Iași Pogrom).

The program includes the solo show by Slovak artist Tomas Rafa New Nationalism in the Heart of Europe, the group exhibition micro-Narațiuni (micro-Narratives) with contributions from Cristina David, Ivana Smiljanic, Behzad Khosravi Noori, Andrei Nacu, Andreea Cioară, Smaranda Ursuleanu, Cătălina Hirean, Jonas Soydan, Dan Acostioaei, Ghenadie Popescu, the seminar Națiune și naționalism (Nation and Nationalism) coordinated by the researchers Marius-Alexandru Dan and Alexandru Țîrdea and also the Iași micro-residency and the public presentation Nationalism and Contemporary Art by Minna Henriksson and Sezgin Boynik. Ana Szel will make presentation of the legislative context that governed the functioning and the evolution of the Romanian cinematography during the socialist period starting from a series of documents in the archive of “Alexandru Sahia” Cinematografic Studio. The exhibitions will also be accompanied by a series of film screenings by Szabolcs KissPál or Andreas Fogarasi.

8-9 July 2017: NAȚIUNE ȘI NATIONALISM seminar, coordinated by Iaşi based historians and PhD researchers Marius-Alexandru Dan and Alexandru Țîrdea. This seminar is semi-public and one can participate by invitation only.

8 July 2017, 7 pm: Working table and public presentation with ANA SZEL based on a series of documents belonging to the archive of “Alexandru Sahia” Cinematographic Studio.

9th of July – 9th of October 2017: ANDREI NACU: mulțimi, submulțimi, familii, 3 foto exhibitions installed in 3 block hallways from Nicolina neighbourhood in Iași. This is a public space intervention in the frame of micro-Narațiuni exhibition.

The project REIMAGINED COMUNITIES is organized by 1+1 and tranzit.ro/ Iaşi, in collaboration with „Alexandru Ioan Cuza” University, Iaşi and is co-finnanced by The Administration of the National Cultural Fund.
This project does not necessarily represent the position of The Administration of the National Cultural Fund. AFCN is not responsible for the content of the project or how project results can be used. These are entirely the responsibility of the beneficiary of the funding. 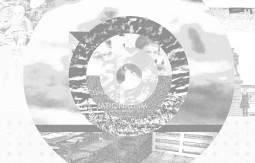