10 years after the initiation of tranzit.ro in Bucharest, Iași, Cluj and Sibiu, in 2012, tranzit.ro/ Iași embarks on a new structural-local journey in a new space in Iași, on St. Atanasie Street, no. 25 from Iași, together with colleagues from the sister organizations: Satellite, Teatru FIX and 1 + 1. This space will be generically called "Green House". On April 2, 2022, 6 p.m. we will all be able to meet at the opening of the After Future exhibition made by Satelit. At the regional and international level, we continue our work with tranzit.org.

Our activity will start publicly with the residency program "The Weakest Link" in which we will have guests in Iași katia pascariu and Baran Gaginli. On this occasion, public events will be organized which will be announced at an earlier date.

katia pascariu (b. 1983, Bucharest) is an actress, performer and cultural activist // researches, through the multi / trans-disciplinary practices and projects in which she takes part, the recent local history and seeks forms of integration of performing arts in public space and in educational environment; works in local and international cultural projects, especially in the area of socio-political and community-educational theater, in collectives such as Macaz Coop., Replica, Virsta4.


The Weakest Link is a new international program of artistic residencies and artistic research realized in Iasi, with partners from Cluj, Chișinău and Iași. In addition to the specific activities organized together with our four guests, we are considering an extensive curatorial research of the formulas and conceptual and organizational experiences of other colleagues in the rational scene of the last 10 years. Thus, we aim to establish the first international program of artistic residencies in Iasi, which claims part of the working method from the experience of the two major international programs realized through the work of the Vector Association on the occasion of Backyard Residency (2006) and Accented Residency (2010).
More about Vector here.

The Weakest Link aims to integrate the global contemporary artistic and theoretical discourse into the local scene, appealing to the dynamics that it can imprint on the various research and production topics proposed individually by the four guests.

This Cultural Project is co-financed by the National Cultural Fund Administration.

The Weakest Link project does not necessarily represent the position of the National Cultural Fund Administration. AFCN is not responsible for the content of the project or how the results of the project may be used. These are entirely the responsibility of the beneficiary of the funding.

GreenHouse (tranzit. ro/ Iași, 1+1, satelit and Teatru FiX) is a common venue for cultural dialogue coordinated by 4 local NGOs, an artist run-space composed of cultural operators from different artistic fields, a greenhouse “for sheltering and cultivating culture” the principles of collaboration, diversity and complementarity. It is activated by the cultural projects implemented and by specific needs of the organizations, as well as by establishing a co-working situation. 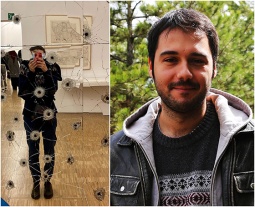