Taxes, social benefits, contracts, expenses, per diems, bills, copyright, exploitation, rights, forms, stamps, signatures. Those who do not speak the language of financial administrators or lawyers are likely to drown in this bureaucracy, while those who do, spend hours translating and bracketing into rigid formulas an artistic activity that is harder and harder to categorize. Those who write these documents often forget that their actual purpose is to protect artistic freedom while those who benefit from them forget to read them at all.

In our next workshops, ArtLeaks invites you to talk about “documents” and their necessity. For the fight for social and political recognition often begins with legal and financial aspects.

Andrei Gavril is an accountant, member of the C.E.C.C.A.R. Iaşi (The Body of Expert and Licensed Accountants of Romania - Iaşi) since 2006. He collaborated with different organizations and NGOs, on privately and publicly funded projects. His recent collaborations with the Vector Association and tranzit.ro Association familiarized him with various aspects of contemporary art and its relation to finances.

Anca Mihuleţ is an independent curator working in Sibiu and Bucharest. Beginning with 2011, Mihuleţ has been investigating and theorizing a broad range of curatorial contexts, through grants and residencies at the National Contemporary Art Museum in Seoul (KR), Seoul Art Space Geumcheon (KR), the Curatorial Intensive workshop organized by Independent Curators International New York and the Ullens Center for Contemporary Art, Beijing (CN). Between 2006 and 2012 together with Liviana Dan, Anca Mihuleţ curated the exhibition program of the Contemporary Art Gallery at the Brukenthal National Museum in Sibiu.
She is a founding member of the Curators’ Network since 2010.

Mihail Macovei is a lawyer born in 1976. He studied at the Law Department at the University of Bucharest and at the Europa Universität Viadrina in Frankfurt/Oder. He has been practicing law since 2001 and his areas of expertise are commercial rights and protecting industrial property. Since 2004 he has been authorized by the State Office for Inventions and Brands to offer counsel on industrial property and by the Ministry of Culture to act as counsel/ representative in copyright disputes.

The ArtLeaks workshops are free and open to the public.
For more information you can contact us at: raluca.voinea@tranzit.org and corina.lucia.apostol@gmail.com / phone: 031 482271. 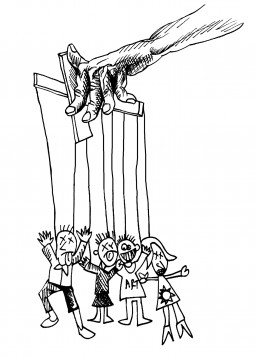