The model is a tool for research, work and urban representation that reproduce on a small scale a situation spatially determined by streets, constructions or plots, decorated with trees, people and cars, added as auxiliary and entourage elements, schematic representation of the city life, used just to give scale and illustrating rather generic uses.

How can the phenomenon University Square - Kilometer Zero can be represented? And how could we represent the spatial and temporal expression of the mechanisms that transformed in the last 20 years the intersection of two boulevards into a landmark and even symbolic space?

The workshop aims to construct a working model as a narrative image over these questions by an inventory of the events that took place here starting with 1989, all gathered in a diorama-report where the consecutive facts are represented simultaneously hereby making a inclusive collection of perspectives over the construction of the ‘Square’: a reference point, a departure and arrival point.

studioBASAR is an architecture studio founded by Alex Axinte and Cristi Borcan in 2006 in Bucharest. They made the exhibition design of the project Seductiveness of the Interval, realized in 2009 in the Romanian Pavilion at the Venice Biennale and in 2010 they published the book Evicting the Ghost. Architectures of Survival. In 2012 they were associate curators and designers of Pif, a golden age hero exhibition. 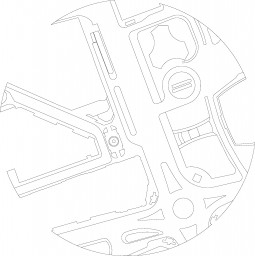