Residency and literary production in the EU

This reading addresses the issue of literary migration or residency in a transnational space and how this transforms literary production. Within the EU, labor migration, in general, and literary migration, in particular, urge ever more authors to live in other linguistic areas than the areas they were socialized in. Most frequently their final destinations are the economic and cultural metropolises. What artistic strategies employ these authors as migrants? Can one read them in their texts?

Ovid Pop and Simona Năstac are reading excerpts from their literary work. Subsequently they coordinate a writing workshop on the same topic, in which participants are invited to share their experiences, as to how residency changed/changes their specific working conditions.

Ovid Pop (writer, theoretician)
Ovid Pop’s main field of interest is literature and critical/decolonial theory, to which he has dedicated most of his efforts since having completed his degree in the Department of Political Science at the University of Vienna in 2009. His experience spans several years and involves different academic and literary institutions in Cluj, Bucharest and Vienna. He has held courses on contemporary art in Eastern Europe, modernity and the emergence of the subaltern subjectivity in Eastern Europe at the University of Arts in Bucharest, SNSPA (Bucharest) and at the University of Vienna.
At the moment Ovid Pop conducts, together with Radostina Patulova, the activities of the kollektiv sprachwechsel: Literatur in der Zweitsprache, a transnational literary group of first-generation migrant writers based in Vienna. Beside other languages, the members of the kollektiv write in German as a second language. Since 2016, kollektiv sprachwechsel organizes literary readings and public debates on the topic of writing in a second language and coordinates writing workshops in Vienna. Since 2017 the project is funded by the city of Vienna.
Ovid Pop is the author of the novel Trickster (Romanian, 2009) and co-author of the novel Rubik (Romanian, 2008). He has published several short stories in German, among others (Edition Exil, Vienna, 2015), Politisch Schreiben (2018), Triëdere (2018). His texts are translated into BCS, French, English, German, Hungarian. He gives lectures and publishes articles in magazines in Romania, Austria, Hungary and Germany. Main topics that shape his research deal with art theory and kritische Theorie. Together with the artist and activist Veda Popovici, he held (between 2014-2016) the lecture Dignity and the Rhetoric of Belonging. Contemporary Romanian Art after 1945 at the Universtiatea Națională de Arte in Bucharest.
He has collaborations in the field of visual arts with: Liesa Kovacs (2016), Andrei Timofte (Museumsquartier 2017), Borjana Ventzislavova (Exiled Gaze/Der exilierte Blick, 2018).

Simona Năstac studied Art History and Theory in Bucharest and holds an MA in Creative Curating from Goldsmiths University, London. She has curated exhibitions and live poetry events in London, Seoul, New York, Saint Petersburg, Prague, Cluj, Craiova and Bucharest. She has also written reviews and essays for art magazines such as Flash Art, Eikon, Springerin, IDEA Cluj, Cultural Observer and ARTA Bucharest. In 2017 she published her first poetry book, “The Depressing Colour of Honey” (Tracus Arte, Bucharest), which won the Alexandru Mușina Prize “The King of the Morning” for poetry debut. Selections of her poems appeared in Romanian and English in the online magazines Literomania, Crevice and Nautilus. Public readings at Poets at Meru (Iași), Tramvaiul 26 (Bucharest), Tipografia (Brașov) and European Poetry Festival in London.

The event Residency and literary production in the EU is organised in the frame of the project The Estate of the Living by tranzit.ro/ Iași and co-funded by the Administration of the National Cultural Fund. This project does not necessarily represent the position of The Administration of the National Cultural Fund. AFCN is not responsible for the content of the project or how project results can be used. These are entirely the responsibility of the beneficiary of the funding. 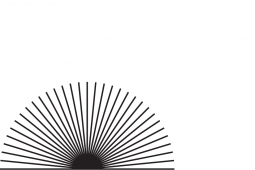