In a fragmented and polarized Europe, in which the progressive ideas are in the process of constant devaluation, and the politics of exclusion are framed and legitimized as the duty of devotion towards national interest and its mythical (in fact pragmatic) calling, the reappearance of nationalist, ethnicist and chauvinist discourses is no longer a matter of taboo.

Continuing our specific direction of practical and artistic action, which militates for the defense and affirmation of the values of modernity (rationality, objectivity, progress, science) against the background of our epochal regression marked by nationalism and obscurantism, the event from tranzit.ro/ Cluj proposes a debate on the current Hungarian chauvinist policies and their underlying mythology as seen from the perspective of their historical genesis and the ideological function they perform.

“Even though the Treaty of Trianon is specific to Hungary, its timely discussion within society, evidenced by the official Hungarian political rhetoric, reveals an increasing global trend of a new nationalism emerging worldwide since 2010. This was the exact year the nationalist conservative party led by Victor Orbán came into power. The emergence of the same forces occurred globally from Russia to the US, from Turkey to post Brexit Britain. All these ideological patterns rely on the concept of unity at a price of exclusion, which converges eventually in a “conservative revolution”, and ultimately leads toward a new 'fascist internationale' ". (Excerpt from Szabolcs Kisspál in conversation with Edit András – On Building Nations: Budapest, Hungary)

The book, coordinated by Edit Molnár and Zoltán Kékesi and published by Revolver Press and Edith- Russ-Haus for Media Art, Oldenburg in collaboration with tranzit.ro/ Cluj, will be presented by Szabolcs KissPál.

Public discussion with the participation of:

Szabolcs KissPál’s main field of interest is the intersection of new media, visual arts and social issues.
Since 2012 has been actively involved in various activist projects including museum occupations and civil disobedience actions. He has been teaching at various universities in Romania, Slovakia, Germany, currently working as associated professor at the Hungarian University of Fine Arts, Budapest (Intermedia Dpt).

Parászka Boróka is a journalist, editor at Radio Târgu Mureș. Reporter from Conflict Areas, founder and collaborator of the "crisis zones" section at magazine 168 óra, Budapest. Expert on ethnic conflicts, human rights and women's rights. He has made reports, researches, analyzes in Turkey, Greece, Georgia, Hungary and Romania.

Dana Domsodi holds a PhD in philosophy and is currently a “Spiru Haret” fellow at NEC Bucharest. She is also an associate lecturer at the Faculty of Sociology and collaborator of Vatra magazine and CriticAtac portal.

Florin Poenaru is an anthropologist and co-editor of CriticAtac. He works on issues related to class, theories of history and post-communism. The most recent publication is Locuri commune: clasă, anticomunism, stânga (Tact, 2017).

Attila Szigeti is a philosopher, lecturer at the Department of the Hungarian Philosophical Institute at BBT University. He is researching and publishing contemporary critical theory, phenomenology and French philosophy. He is editor of Kellék magazine and the portal "a szem". 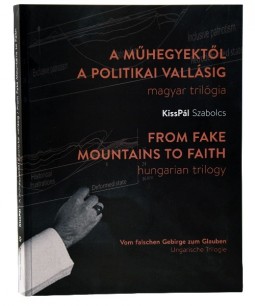