Book launch together with IULIA POPOVICI and MIKI BRANIŞTE

“You only become conscious of what you did when you look back (because ahead is pretty foggy). The catalogue about 10 years of Temps d'Images is like a group hike to the top of the mountain from where, in the breathtaking thin air, you can see a decade of independent theatre and dance stretching at your feet. Each of the interviews in the catalogue speaks of the growth and challenges of these artists, from Vava Ștefănescu and Farid Fairuz to David Schwartz and Radu Apostol, about the way in which the Festival supported them and constantly associated its concept to the needs and visions of the collaborators.

For 10 editions, Temps d'Images produced and co-produced, organised residencies and made partnerships, invited performances, workshops, conferences and concerts, with artists from Romania and abroad. It did it with a small team and an even smaller budget but, as proven at the end of this review – the present catalogue –, it made it through every time.” (Iulia Popovici – co-curator of Temps d`images Festival Cluj)

The event was organized by tranzit.ro/ Iași in collaboration with Colectiv A Association from Cluj.

The publication of the catalog was possible with the support of the Administration of the National Cultural Fund through the editorial projects program.

This event was streamed live in the frame of the long term project tranzit.ro/ Iași: Public Space. aLIVE (2016-2018) realized with the financial support of the Iași City Hall, through the 2018 programme for non-reimbursable funding granted by the Iași City Hall budget. 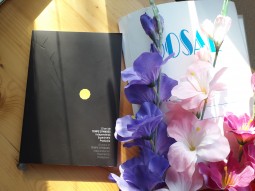