The project “The Glitter(Y) And The Misery Of The European Middle Classes” is continuing in September with the contribution of Ovidiu GHERASIM-PROCA. This time we will be in Chişinău where, together with our project partners – Oberliht – we will be waiting for you at ZPAŢIU for a presentation and a discussion with our guest.

"Replying to the «The Glitter(Y) And The Misery Of The European Middle Classes» proposal, a program that is exploring both the state and prospects of the contemporary Eastern European middle classes, the public presentation will examine a selection of visual and textual examples, drawing on my discourse analysis research. This selection is able to illustrate the political ambivalence/ambiguity of the role played by the Romanian middle class, with its global aspirations, in the formation of the post-socialist imaginary. The talk will be given in Romanian. The content and its interpretation will be fully open to discussion." (Ovidiu GHERASIM-PROCA, September 2017)

Ovidiu GHERASIM-PROCA is lecturer, member of the Political Science Department, International Relations and European Studies (Al.I.Cuza University, Iasi). Among researched domains one can name: the study of political ideologies, political transitions and democratization processes, political anthropology and cultural studies. Co-editor of one volume on digitized politics (Electronic Governance. From Theoretical Promises to Empirical Realities, University “Al. I. Cuza” Printing House, Iaşi, 2014) Gherasim-Proca is concerned about the study of the technological review of democratic practices and worried about the intellectual confusion accompanying it. The most recent projects attempt to develop theoretical or collaborative-conversational means to understand the current trends in political mobilization ("Borders, Barriers and Protest Culture. The New Politics of Social Movements in Central and Eastern Europe" – Patterns Lectures), political discourse ("Discursive frames: culture – politics", tranzit.ro/ Iași) and the critical reexamination of the "bourgeois public sphere" ("Retracing the subject", tranzit.ro/ Iași).

Zpațiu is a production and developing platform for art practices and contemporary culture forms / research and critical theory and approach space, dedicated to their development and social relevance.

Oberliht Young Artists Association is a non-governmental, voluntary, non-profit and politically non-affiliated society constituted as a Public Youth Organization that has its goal the public benefit. Founded in 2000 and based on rather long working experience as an independent cultural actor, Oberliht aims to interconnect dispersed artistic scenes and build an artistic community making use of public spaces. The Association aims to provide support to young artists and contribute to their professional development. It develops and maintains interdisciplinary platforms and projects aiming to connect the local and international contemporary art and culture initiatives, and advocates for a strong and independent cultural sector in Moldova and in the region. The whole activity of Oberliht Association is based on voluntary work and follows the principles of self-organization and non-profit activity. 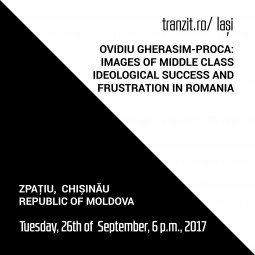