"The purpose of this book is to analyze the way in which neoliberalism was legitimized using theological arguments by neoliberal intellectuals who openly assumed their Christian-Orthodox faith in post-communist Romania, claiming that it has played an essential role in their articulation of a socio-economic outlook. Since the aim of this study is to point out, in relation to the entire Christian tradition, the position of the theological justification of neoliberalism in post-communist Romania, I had to outline a clear enough and well documented overview of this tradition in order to emphasize the glaring, not in any way subtle, contrast between what the theological justification of neoliberalism claims to be and what it actually is. Starting from the Romanian post-communist context, the book raises a series of much more extensive and complex theological and historical questions which I do not claim to have covered in an exhaustive manner."(Alexandru Racu)

ALEXANDRU RACU was born on the 4th of March 1982, in Bucharest. Graduate of the Faculty of Political Science of the University of Bucharest (2004), he holds a master degree in South Eastern European Studies at the University of Athens (2006) and he has a Ph.D. in Political Philosophy at the University of Ottawa (2013), with a thesis about the relation between Modernity and theological-political problem at Joseph de Maistre and Feodor Dostoievski. 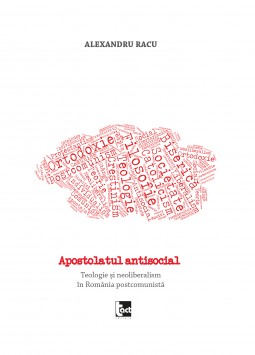