Vasile Ernu was born in the USSR in 1971. He graduated the Faculty of Philosophy (Al. I. Cuza University, Iasi, Romania, 1996) and has a master’s degree in philosophy (Babes-Bolyai University, Cluj, Romania, 1997). He was one of the founding editors of Philosophy&Stuff magazine and associated editor of Idea arts + society magazine. He was an active member of Idea and Tranzit Foundations, of Idea Publishing House and of Polirom Publishing House. Since 2006 he has permanent columns at Romania Liberă, HotNews, Noua Literatură and Suplimentul de Cultură. Vasile Ernu is one of the founders and coordinators of the CriticAtac.ro platform. 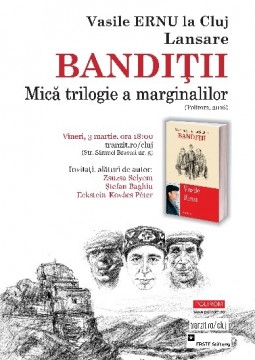