”In the dark days of the New Year, January and February 2017, Wind and Weather gallery presents The Presence, an artist performance series in three parts featuring the Oracle, the Poetess, and the Masseuse. Each role will be representative of different aspects of presence. Varying formats will mediate the scene, which will be filmed and live-streamed, as well as projected at locations in Reykjavik and abroad. The window will act as a portal to elsewhere, just as video spans dimensions, present yet infinitely distant.” (Ásdís Sif Gunnarsdóttir)

More info about the project here. 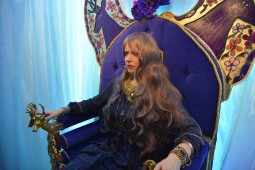