DiEM25 is a pan-European, cross-border movement of democrats.
We believe that the European Union is disintegrating. Europeans are losing their faith in the possibility of European solutions to European problems. At the same time as faith in the EU is waning, we see a rise of misanthropy, xenophobia and toxic nationalism.

If this development is not stopped, we fear a return to the 1930s. That is why we have come together despite our diverse political traditions - Green, Radical Left, Liberal - in order to repair the EU. The EU needs to become a realm of shared prosperity, peace and solidarity for all Europeans. We must act quickly, before the EU disintegrates.

‘Democracy Hot Spots - Democracy at the periphery of Europe' is a new series of events from the Subversive Debates collective, aimed to cartography the mechanics, functionality and effects of the European Democracy at the outskirts of the “European Empire”. We will try to see the application of the politics and decisions of ‘democratic elected governments’ outside the scrutiny of their own countries and their own citizens, in areas like – Ukraine, Turkey, Syria and other hot spots where the EU democratic policies are present nonetheless.

For the first event in this series we’ll have an interview live from Donbass – Ukraine, with Miquel Puertas, Lecturer Faculty of Economics and Management - Donetsk National Technical University (DPR).

DiEM25 Volunteers in Bucharest - Critical thinking and the will of social involvement & change are our forces we seek to bring in together. Come to meet us, join the debate and join the challenge for a New Democracy! 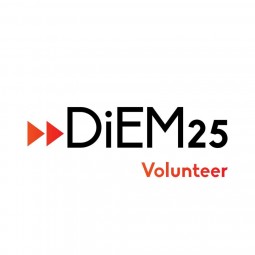