The project intends to contribute to the development of a coherent research practice alongside with the personal interest of each researcher / artist, all that in relation to the class and political situation that an individual can identify and that she or he could belong to. Thus, we are trying to connect different specialised publics that are generating cultural value and which traditionally rarely or occasionally interact. With this occasion, these publics will be able to experience cultural production with new encountering means (political science students with art students for example).

The new space for common thinking will be built around the ”bourgeois public sphere”, through the examination in closed / non-public groups of four projects notable for the way they entered in socio-political sphere from the art field.

The results of the projects, as well as the project publication will be presented in a public conference hosted by the Faculty of Philosophy and Social and Political Sciences. 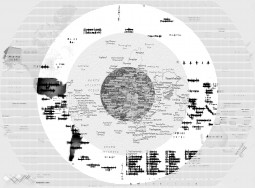