The Érpatak Model: The film portrays Mihály Zoltán Orosz; the hyper energetic and ultra nationalist mayor of Érpatak, a village of 1,750 inhabitants in eastern Hungary. Mayor Orosz is possessed by delusions of order, discipline and control. He divides the villagers into "builders" and "destroyers"; supporters and opponents of his Érpatak Model. The mayor’s ultimate goal is the creation of a "sacred and organic dictatorship" where the supreme values are order, discipline and fighting spirit; values that unite the community on a local level and the nation on a country level. The mayor hates the liberal-democracy and the liberal media, but more than anything, he hates the "International Masonic Jewish Network" lead by billionaire George Soros - a Jew of Hungarian decent - who is set to destroy Hungary. Mayor Orosz likens himself to a knight who stands as the last line of defence for Hungary.

The Érpatak Model is a blue print for 21st century form of soft totalitarianism that is being implemented these days in the centre of Europe. Hungary destroys the core values of the EU: democracy, freedom of the press, independence of the judiciary and minorities rights. Unfortunately, the EU remains silent in the face of these policies. Even when Hungarian legislation concerning social and educational policies is openly targeting the liberal democracy.

The Film: "We have filmed in Érpatak between January and the end of April 2014. An anthropological ‘observing camera’ approach was utilized. The story is told through a variety of scenes that depict the village life under mayor Mihály Zoltán Orosz; interactions between him and ‘his subjects’; scenes with the mayor’s lieutenants who enforce his grip over the villagers, especially the Roma. And scenes that depict the mayor’s struggles against his real and perceived enemies in the courts and elsewhere, and his missionary efforts to export the Érpatak Model to other villages and towns in Hungary. Each scene represents and/or illustrates one of the film’s story lines that are woven together into a structure that is dramatically captivating. The film’s Postscript scene unites the mayor’s vision with Hungarian prime-minister Orbán’s vision of an illiberal state.” (Benny Brunner & Keno Verseck)

Benny Brunner (born 1954) has written, directed, and produced documentary films internationally since the late 1980s. He makes political films that side with the dispossessed, unrepresented, and the ‘other’. Brunner’s films were widely broadcast and screened. People consider a number of his films to be subversive; Brunner sees it as a compliment. Besides filmmaking, Benny Brunner instructed theatre improvisation workshops, wrote material for a stand-up comedian, and taught mass communication in high schools. Additional information on Brunner and his filmography can be found here.

Keno Verseck, co-maker, writer-journalist, was born in 1967 in Rostock, former East Germany, and left to West Germany in 1984. He began work as a journalist in 1988. Always being interested in contemporary history and politics in communist and postcommunist Eastern Europe he moved to Hungary in 1991 and to Romania in 1994 where he lived until 2000. During this period, he worked as a freelance journalist for German language print media, public radio and TV in Germany, Austria and Switzerland: ARD, ZDF, Arte and Spiegel TV. Since 2000 he lives in Berlin and covers Central and South Eastern Europe for German online media, among others Spiegel Online, and public radio and TV, undertaking regular trips to the region. He's the author of a book on Romanian politics, history and culture. Keno Verseck speaks fluently Hungarian and Romanian. In 2013, he was awarded the Otto von Habsburg Prize for his long time reporting on minority issues in Central and South Eastern Europe, especially on Roma related issues.

ERSTE Foundation is the main partner of tranzit.ro 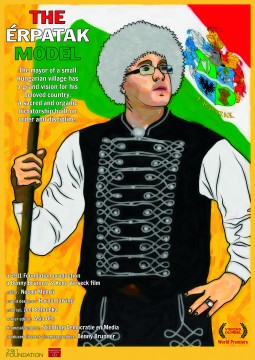