Over the past two years, tranzit. ro/ Iaşi managed to acquire a selection of books – which did not necessarily follow a precise concept – in order to create a small-scale public library related to contemporary art and curating. The natural way to grow our book collection becomes to have it designed by our audience in workshops and other kind of construction processes.

Jesse McKee is invited to develop the new series in the frame of tranzit. ro/ Iași library program consisting in six reading groups sessions with the participants from Iaşi.

“The Hammer Museum of the University of California, Los Angeles, opened to the public on November 28, 1990. Its lead Patron, Dr. Armand Hammer was an eccentric figure who planned a private escalator for himself, which would be accessed from the museum’s café and would bring him through a secret door, into the galleries where his collection would hang. On December 10, 1990 Dr. Hammer died of bone marrow cancer, 12 days after the opening of the museum. Dr. Hammer nor anyone else ever used the escalator. The escalator’s gallery entrance was covered up and the space remains hidden out of sight from the public. (It is now used by café staff as liquor storage.)

This private and esoteric gesture remains sacrosanct in the institution and serves as a staging ground for my thinking towards a series of six reading sessions, during my residency at tranzit. ro/ Iaşi, Romania. At the sessions, we will read pairings of texts. The texts come from my own personal library and have been chosen because of the pleasure and force to which they brought me upon their first reading. These texts have become foundational in my own teleology towards developing curatorial knowledge. This gained and inherited knowledge is never able to be fully shared, but by offering a candid cross section of how and why certain positions and perspectives have shaped my practice. My ambition in Iași, is to instill this sort of searching and discovery with the participants. Therefore, I encourage you to take notice of how broadly your interests take you. Like a wandering hound; your hungry, neutral and shameless gaze is your strength.

I look forward to revisiting of some the texts that have fueled me, which will include pairings of writings between the artists Emily Carr and Liz Magor, Mira Schor and Margaret Attwood, as well as broader influences from David Berger and Gustaf Sobin. Some of later sessions will be left open, so that decisions on the subject materials can be chosen in response to the needs and desires of the group.” (Jesse McKee)

The workshops will be held weekly for one month and a half.The first meeting took place on Saturday, January 10, at 2 p.m.

You can sign up for the workshops by writing to livia.pancu@tranzit.org. 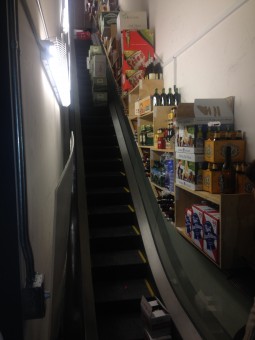