HomeFest is the first cultural festival that takes place in houses and apartments. If city halls take care of facades, we propose an interior rehabilitation through art events.

HomeFest is a project initiated by lorgean theatre, the first theater apartment in Romania. Starting with April 2014, HomeFest will bring the artistic experiments in domestic spaces, transforming living rooms and bedrooms in a stage, offering a good opportunity to meet your neighbors elsewhere than in front of the block or at the market. HomeFest means home culture!

For eight days, the inhabitants of Bucharest districts will enjoy over 20 performances, plays, concerts and exhibitions in various apartments provided by residents who want to temporarily turn their living space into one open to art. We call these people "cultural domestic operators", which means that they're a wonderful (and special) host. The spectators will have the chance to have a unique cultural experience in their block or nearby.

The festival will present projects of artists with backgrounds in both performing and visual arts, of different generations and practices. Among them there are: Victor Rebengiuc, Cosmin Manolescu, Ruxandra Coman, Robert Balan, Daniela Pălimariu, Kiki Mihuţa, Raluca Croitoru, Vlad Iepure and others. 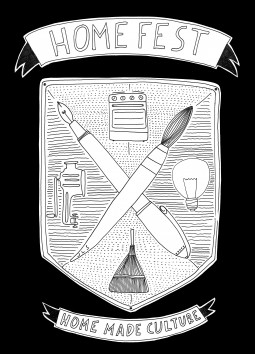