A new project will start with the residency of Bucharest-based international Romanian artist Cristina David. She will inaugurate in March the newest chapter of tranzit. ro/ Iaşi regarding the residency program venture in our city. This invitation was sent after the encounter with her application for the AiR programme of tranzit and the ERSTE Foundation at MuseumsQuartier - 2014, a project that tranzit. ro/ Iaşi is very keen to produce in Iaşi. Cristina will collaborate for this project with the Danish writer Mikkel Rosengaard. Being interested a priori in the "democracy" of the "openness of calls" in the arts domain, tranzit. ro/ Iaşi is thus trying to question this issue both as its own practice, as well as the others' practice in the art world.

Cristina David started her artistic training at the Art Academy in Bucharest and completed her MDA at the Art Academy in Bergen, Norway. She lives in Bucharest where she works as a visual artist.
In her career she had at the beginning a short period of self-introspection but she felt quite uncomfortable with it so she is done with that. Cristina now likes to combine scientific facts with art and she is enthusiastic of what she is discovering. Her works are often humorous.

Mikkel Rosengaard was born in Elsinore (Denmark) in 1987, and is a grants and fiction writer. He has written grants for the City of Copenhagen, the PEN World Voice Festival of International Literature, and the art group Wooloo. His first book, the young adult novel Videre, was published in 2010. 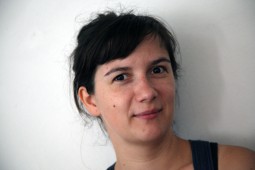