An Immaterial Retrospective of the Venice Biennale

An Immaterial Retrospective of the Venice Biennale takes the entire history of the Venice Biennale and reflects it in a national pavilion as in a fragment of a mirror. The retrospective can be seen as an ephemeral monument to the biennale, a critique of its Euro-centrism, vain display of power and luxury or of mere conservatism but also a celebration of its openness for experiments, for the coexistence of virtually all the trends, media, genres, that art uses or represents. Yet, it is also something more.
By turning the monumental into the immaterial and the object into action, by enacting history, the project also transforms this history, it actualizes it. It is a simultaneous affirmation and undoing, an attempt to archive which is at the same time turned against the weight of the archive, of the storage, of the labels and keys of reading that come with it. The work is appealing to the public’s memory only to reveal its constructed nature and to question how memories are selected, who is reminding us what and by which means.
A retrospective is generally a grandiose and thorough enterprise, in this case however, by reproducing a variety of works with the means of only a few human bodies, the work changes the scale of what a retrospective can be and implicitly of the biennial itself. It hints at its vastness but it makes it accessible. The bodies of the performers are there present, alive, in tension, contradiction or dependence to one another, exposed to the public.

Throughout this year’s Venice biennale, during its opening hours, the performers in the Romanian pavilion are recreating their version of a world’s exposition, one hundred years of history in a day, every day.

Manuel Pelmuş is one of the most well-known representatives of Romanian dance in the international context. He works in Bucharest and Oslo. His performances have been extensively presented throughout Europe and the United States. In 2011 he founded Căminul Cultural in Bucharest, together with Brynjar Abel Bandlien and Farid Fairuz. Manuel Pelmuş was awarded Berlin Art Prize for Performing Arts in 2012 by the Akademie der Künste Berlin. 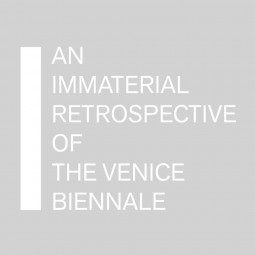