The second edition of the yearly summer school Ecologies of Emancipation, organized by tranzit.ro/Cluj at Câmpu Cetății, Mureș County, will take place between August 31 and September 4, 2022 and will have as guiding theme the contemporary relations, tensions and interdependences between Science, State, and Society. As usual, the school aims to provide a meeting space and a catalyst for friendly but also qualified discussions between some of the most promising and relevant current research projects and theoretical perspectives from the broad field of social sciences, as so many potential resources for critique and political positioning in today's world.

This year’s edition aims to question the many faceted relations between science, state and society, as a crucial issue whose actuality can be declined on (at least) three axes: in our recent and ongoing past, as the particular modern constellations of science, state and society articulated by the political regimes and social formations of our last century; in the immediate present, as evidenced and dramatized in our current pandemic context with its political instrumentation of science and its corresponding growing social mistrust in both official science and politics; and finally, in our already present future, as the great reshuffling of the relation between science, society and politics urgently demanded by the climate crisis.

Wednesday, 31th of August:
12:00-1:00 pm. Florin Poenaru - The time of the world. History and causality in the social sciences vs. climate sciences
5:00-7:00 pm. Irina Dumitru: Why do we trust science? The role of diversity and consensus in physics

The project Ecologies of Emancipation is coordinated by Alex Cistelecan and Attila Tordai-S.

More information about the event here. 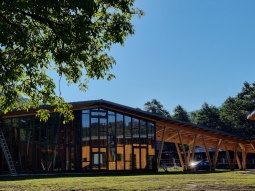