From local to planetary: changing the way of life

“As planetary gardeners, we depend on all the biological diversity that we harness for a living. We must preserve it to ensure a future. What kind of model do we want to develop, to allow both the exploitation of diversity for the benefit of an expanding world population, and the preservation, in quality and quantity terms, of that diversity on which we depend? We must respond to this question as quickly as possible if we are not to succumb to the inevitability of irreversible forces of destruction, but rather to develop in every conceivable field a mental territory of optimism – a garden.” (Gilles Clément, 2021)

Gilles Clément is a French gardener, landscape designer, botanist, entomologist and writer. He is the author of several groundbreaking concepts in the framework of landscaping, such as “moving garden” (jardin en mouvement), “planetary garden” (jardin planétaire) and “third landscape” (tiers paysage). For his many landscape projects including the André Citroën Park, the Quai Branly Garden or the Henri-Matisse Park in Lille, he has received the “Grand Prix du paysage“ in 1998. Doina Petrescu and Constantin Petcou (atelier d’architecture autogérée) develop ecological projects carried out with/by citizens, nomadic devices and urban strategies. For their projects (which include EcoBox, Passage 56, R-Urban, Wiki Village Factory, Vision 2030 Seine Saint Denis) they have received a number of international awards including Resilient Building Prize 2018 and European Political Innovation Prize in Ecology 2017. Constantin Petcou and Doina Petrescu represent R-Urban, a civic movement which supports the emergence of alternative models of living, producing and consuming between the urban and the rural.

The event in Bucharest is organised by tranzit.ro/ Bucuresti and AAA as part of the project C4R (Cultures for Resilience), which aims to strengthen the action of a wide range of actors (citizens, professionals of the creative and cultural sector, public administrations, local associations) working on environmental and urban resilience issues. C4R offers conditions for the production and dissemination of a diversity of cultures of resilience to counterbalance the over-hype of catastrophist productions and to influence and transform European collective imaginaries. The project is supported by the European Commission's Creative Europe - Culture programme and is carried out by a collective of four partners: Atelier d'Architecture Autogérée (FR), Casco Art Institute (NL), tranzit.ro (RO) and Nethood (CH).

For tranzit.ro, C4R is one of the projects developed in the framework of The Experimental Station for Research on Art and Life.

The event takes place in French, translation in Romanian will be available. Access is free.
Given the current sanitary measures in place, number of seats is limited, we recommend registration by email at raluca.voinea@tranzit.org. Event production: Clara Trăistaru. Media partner: Zeppelin magazine. Thanks to: Angelica Iacob. 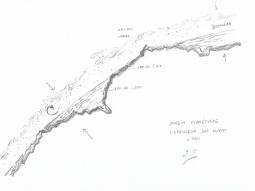