The Art of Activism and the Activism of Art

The Art of Activism and the Activism of Art
by Gregory Sholette, Artist, Activist, Writer, New York

Since the global financial crash of 2008, artists have become increasingly engaged in a wide range of cultural activism targeted against capitalism, political authoritarianism, colonial legacies, gentrification, but also in opposition to their own exploitation. They have also absorbed and reflected forms of protest within their art practice itself. The Art of Activism and the Activism of Art maps, critiques, celebrates and historicizes activist art, exploring its current urgency alongside the processes which have given rise to activism by artists, and activist forms of art.

In the frame of the FEINART lecture series the author Gregory Sholette approaches his subject from the unusual dual perspective of commentator (as scholar and writer) and insider (as activist artist). He describes a new wave of activist art taking place not only within community-based protest groups, as it has for decades, but also amongst professionally trained, MFA-bearing art practitioners, many of whom, by choice or by circumstance, refuse to respect the conventional borders separating painting from protest, or art from utility.

Dr. Gregory Sholette is a New York-based artist, writer, activist and curator Imaginary Archive: a peripatetic collection of documents speculating on a past whose future never arrived. His art and research theorize and document issues of collective cultural labor, activist art, and decolonial historical representation after 1968. Sholette is also co-founder of the collectives, Political Art Documentation/Distribution (1980-1988); REPOhistory (1989-2000); and Gulf Labor Coalition (2010 ongoing), as well as the author of Delirium and Resistance: Activist Art and the Crisis of Capitalism (2017); Dark Matter: Art and Politics in the Age of Enterprise Culture (2011); Art As Social Action (with C. Bass: 2018), and the forthcoming book, The Art of Activism and the Activism of Art from Lund Humphries (2021). Along with his colleague Chloë Bass, Sholette co-directs Social Practice CUNY (SPCUNY), a new, Andrew W. Mellon Foundation-funded art and social justice initiative at the Graduate Center, City University of New York.

FEINART Lecture Series
The FEINART LECTURE SERIES will discuss the role, impact, and theoretical implications of socially engaged art. This series of public talks is organized by the Innovative Training Network FEINART (The Future of European Independent Art Spaces in a Period of Socially Engaged Art) jointly led by the Universities of Wolverhampton (coordinator), Zeppelin University (direction of the training programme) University Iceland, and University of Edinburgh. More info: feinart.org supported by the Marie Skłodowska-Curie Actions of Horizon 2020 European training programme.

The lecture is free and can be booked by using the following link: https://www.eventbrite.co.uk/e/the-art-of-activism-and-the-activism-of-art-tickets-146345873447 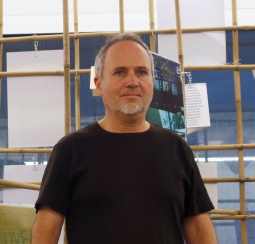