The project “The Glitter(Y) And The Misery Of The European Middle Classes” is continuing in August with the contribution of our guests: Dr. Katarzyna BIELIŃSKA-KOWALEWSKA şi Zbigniew Marcin KOWALEWSKI (14th , respectively the 15th of August).

“Traditionally, petty bourgeoisie has been seen as a support of conservative and even reactionary, anti-democratic, anti-socialist, and nationalist values, ideas and practices determined by a small-scale commodity production and petty property of means and conditions of earning income. In Poland, with the overthrow of capitalism and during the first decade of “real socialism”, this “class” was largely suppressed and the very terms “petty-bourgeoisie” and “petty bourgeois” were simply derogatory.

But in the next decades, with a more and more laissez-faire policy of the state towards small business, there was a very clear process of expansion, enrichment, and growth of prestige of the petty bourgeoisie, and even a growth of linking and intertwining of its upper strata with the ruling bureaucracy. The collapse of “real socialism” and the restoration of capitalism in its neoliberal form was followed by the ideological shift: the petty bourgeoisie was renamed the middle class, posed as a crucial social subject and its set of values, under the umbrella term “entrepreneurship”, gained the status of a hegemonic ideology.

In Poland, the 90s were a period of the shining rise of that class with the bloom of small businesses, sometimes even growing medium. At the beginning of the 2000s, these local capitals have been more and more suffering from the pressure of the international capital (concentration of capital, crowding out of local enterprises, and pauperization of small entrepreneurs). That is the petty bourgeoisie, not the working class, who has lost most from the beginning of the 2000s. Compared to the 1990s, the situation of the working class is now much better (the rise of minimal wage combined with economic migration and the decrease of unemployment).

During the seminar, based on the example of Poland, we would like to consider the eclipse of that short-living middle class as the main source of the blooming nationalism in Eastern Europe." (Dr. Katarzyna Bielińska-Kowalewska and Zbigniew Marcin Kowalewski, August 2017)

Part 3. The Golden Age of the petty bourgeoisie. Myth of the middle class (90 mins)
1. That’s how the Polish capitalism was born
2. Middle class ideology, values and hopes

Part 4. Dissapointed middle class reveals its real face (90 mins)
1. Neoliberal concentration of capital, crowding out of local enterprises, pauperization of small entrepreneurs
2. The break of the myth of enterpreneurship, retreat from the free market toward the state
3. Renewed nationalism as the ideology of the petty bourgeois struck by the neoliberalism

Dr. Katarzyna BIELIŃSKA-KOWALEWSKA is political scientist and philosopher (Ph.D. in Philosophy: 2013, Polish Academy of Sciences), working at the “Centre of Postgraduate Medical Education” in Warsaw. She wrote her Ph.D. thesis on the “Yugoslav praxis-philosophy”. For three years (since 2015) she has been the coordinator of the project “Philosophy and Social Movements”. She is editor of the collection “Philosophy and Social Movements” and author of numerous articles in Polish, BCMS, English, including recently “The Black Protest for Abortion Rights in Poland”, published in “New Politics” and “Viento Sur”.

Zbigniew Marcin KOWALEWSKI has a Master of Advanced Studies (Université Paris VIII) in “Anthropology and Sociology of the Political”, former researcher at the Polish Academy of Sciences, former regional leader of “Solidarnosc”, former national leader of the movement for workers’ self-management in Poland. Author of books and articles in various languages on Polish and Italian workers’ movements, Latin American revolutionary movements, and Afro-American and Ukrainian nationalism. Currently, he is deputy editor in chief of the Polish edition of “Le Monde Diplomatique”. He is writing a book on young Pierre Bourdieu and the French Communist Party in the 1950s. 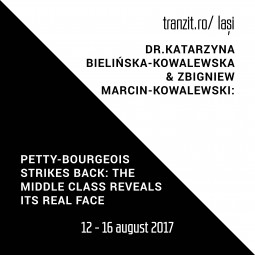