Seminar conceived and coordinated by Marius-Alexandru DAN and Alexandru TÎRDEA

The aim of this seminar is to generate a debate about the concepts of nation and nationalism, starting from a selection of relevant texts from the large bibliography dedicated to this subject. By no means seeking exhaustivity, the selection is the base for a discussion about the most influential paradigms concerning the process of nation building: the modernist paradigm and the ethno-symbolist approach. Despite recent contributions in the field of nationalism studies (ranging from Michael Billig’s banal nationalism to feminist, post-colonial or post-structuralist approaches), the two above mentioned paradigms continue to provide the most conclusive attempts to analyze a phenomenon which is not always easy to define.

Thereby, our selection is centered on four authors who have exerted a strong influence on the debates surrounding the question of nationalism: Benedict Anderson (Imagined Communities), Ernest Gellner (Nations and Nationalism), Eric Hobsbawm (The Invention of Tradition) and Anthony D. Smith (Myths and Memories of the Nation and National Identity). Their texts are accompanied by Ernest Renan’s pioneering work in the form of his lecture „Qu’est-ce qu’une nation?”, as well as two studies regarding certain aspects of the Romanian nationalism in the 20th century, the first belonging to Maria Bucur („Edifices of the Past. War Memorials and Heroes in Twentieth Century Romania”) and the second to Răzvan Pârâianu („National Prejudices, Mass Media and History Textbooks: The Mitu Controversy”).

Starting from Anderson’s, Gellner’s and Hobsbawm’s texts, we will try to understand why nations and nationalisms belong to the modern epoch and what were the historical conditions which had allowed their emergence. Afterwards, we will turn our attention to another school of thought in the field, ethno-symbolism, and we will discuss two texts belonging to Anthony D. Smith. He argues, with convincing arguments, that some nations have origins beyond the modern era; in this section, we will discuss about the importance of the symbols, myths, collective memory and traditions in the rise of nations and nationalism.

Finally, we will conclude the debate with some reflections on Romanian nationalism, trying to understand the dynamics of the Romanian collective memory during the last century, to what extent are our traditions invented and what role does nationalism play in enhancing the cultural rifts in the Romanian society. (Marius-Alexandru Dan and Alexandru Tîrdea)

The seminar NATION AND NATIONALISM is part of the project RE-IMAGINED COMUNITIES, organized by 1+1 and tranzit.ro/ Iaşi in collaboration with “Al. I. Cuza” University, Iaşi and co-financed by AFCN – The National Cultural Administration Fund.
Partner: TIMPUL magazine 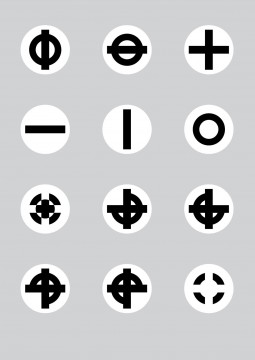