On June 14th 2017, at 19.00, the eleventh meeting of the A History of Economic Thought. Capital Speaks – Seminar will take place at tranzit. ro/ Cluj. The theme of this encounter will be the economic and political influence exercised by the Austrian and the Chicago Schools of Economics. The bibliography for this seminar includes: Friedrich von Hayek – from Individualism and Economic Order, chapter 1, Individualism: True and False; Ludwig von Mises – from The Ultimate Foundations of Economic Science, chapter 5, On Some Popular Errors Concerning the Scope and the Method of Economics; Milton Friedman – from Essays in Positive Economics, part 1, The Methodology of Positive Economics. 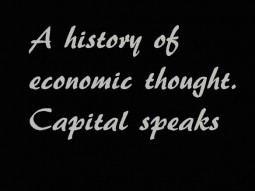