On Tuesday, 6th of June took place the artist talk by Andrea Faciu, in the frame of the project Touching the City, 11th of May - 9th of June 2017.

Andrea Faciu is a Romanian artist that studied, lives and works in Munich since 1992. The first time she returned to Romania as an artist was in 2006 when she was invited to participate to Periferic 7 Biennial: Focussing Iaşi, organised by Vector Association in 2006. This edition of the biennial was structured into three sections that were installed in the Turkish Bath (“Social Processes”, Curators: Angelika Nollert and Marius Babias), at the Palace of Culture (“Strategies of Learning”, curator: Florence Derieux) and at the Sports Hall of the Art University “G. Enescu” from Iaşi (Why Children?, curator: Attila Tordai). Purposly, Andrea Faciu – who was invited in the “Social Processes” section – decided that her installation “Black and white and viceversa” from the Turkish Bath to contain infinite possibilities of the system “attributes” (the system of love, the system of lie, the system of reality, the system of supremacy, the system of business, the system of segregation, the system of power, the system of intimacy), all written on A4 paper. Close aboard it was installed a video dialogue with her father – Virgil Faciu, a fine art artist that graduated at the National Art Academy in Bucharest. He worked for a short time in 1976 in the frame of the Art Museum in Iaşi (part of the Palace of Culture). This biographical element was used by his daughter thirty years later for her emotional encounter with the Romanian art scene back in 2006.

The exhibition at tranzit. ro/ Iaşi takes its title after the video trilogy that started as well in Iaşi, a year after her participation in Periferic Biennial: the Backyard Residency organised by Vector Association. One must not forget that this institution was – for more than 15 years the only space in the city dedicated to contemporary art production. Thus, “Touching the city” is dipping us with great precision for 13 minutes and 25 seconds into the texture of 2007’ Iasi. The tram number 5 (Baza 3-Rond Dacia) that is not existing anymore, the spiral staircase and the grey glass of the “Cotnari” block through which one can recognise for few frames the “Tesătura” textile factory and its famous mosaic – now disappeared and transformed into a Lidle, Petrom and Baumax, the textures of the ‘80s block facades, now covered with thermo-insulating material, all of these connecting us with the finality of the present.

“Touching the City – Limerick” and “Touching the City – Florenţa” will not inhabit in themselves nothing but the first time memory of artist’s hands. The gesture of exhibiting this work in the frame of International Festival of Education 2017 in Iaşi, ten years after its realisation wish to open us up towards the understanding of the recent past either through the perspective of the economic history of the city or through the contemporary art history in Iasi.

Touching the City is a project realised in the frame of FIE 2017 in partnership with Diaspora Office - City Hall Iași. 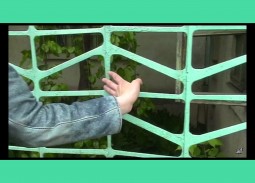