Nicoleta Esinencu is a playwright. She studied Dramaturgy and Scriptwriting at the Art University in Chisinau. She lives and works in Chisinau. In 2003 and 2005 she was a scholar of Akademie Schloss Solitude (Stuttgart, Germany), where she wrote the plays Fuck You, Eu.ro.Pa! and Zuckerfrei. Fuck You, Eu.ro.Pa! was published in the reader of the Romanian Pavilion at the 51st Venice Biennale (2005) and provoked a series of political debates in Romania and Moldova. In 2007 she participated in the Public Art Bucharest 2007 project. In 2008-2009 she was invited by Goethe Institut Munich to participate in the theatre project After the Fall, Europe after 1989.

Nicoleta Esinencu is one of the co-initiators of teatru-spălătorie in Chisinau. Here she staged the bilingual performance A(II)Rh+ (2010), and Clear History (2011), about the holocaust in Moldova. In 2013, together with the director Jessica Glause, she works with non-actors to a show about the LGBT community in Moldova: Dear Moldova, can we kiss just a little bit? This was followed by American Dream (2014), Uneducated (2014), Кстати о погоде (By the way, about weather, 2016) and Life (2016).

Nora Dorogan studied Sociology at University of Bucharest and Cultural Management and Cultural Policies in the Balkans, at the Art University in Belgrade. In 2007-2008 she had a grant from the programme Cultural Managers in Central and Eastern Europe of the Robert Bosch Foundation. She is one of the co-initiators of teatru-spălătorie in Chisinau.

The book:
Nicoleta Esinencu’s book doesn’t have a title, nor a publishing house. But this book exists and gathers a series of Nicoleta’s texts, some of them known to the public from the plays performed at teatru-spălătorie or within some independent initiatives which existed along the years, others less known, including Не забудьте выключить телевизор! (Do not forget to turn off the TV!), a text commissioned for this book.

The book was published in May 2015, with the support of ERSTE Foundation. 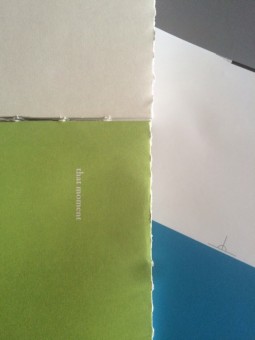