On Monday, 23rd of January, we invite you participate to the public presentation held by Michaela Geboltsberger about the second edition of the Kyiv Biennial from 2015 - The School of Kyiv.

Why a Biennial in Kyiv now, in times of armed conflict and insecurity? This was one of the questions we were confronted with when Kyiv’s largest public art event, the Second Kyiv Biennial, was cancelled six months before the opening by the organizing institution. The decision was made over our heads. No money for art in times of war was the message. And indeed, we found Kyiv in a complicated political and social situation: the protests on Maidan Square were over, but the fights in the east went on and the situation was unpredictable.
What role can art play in this political struggle? Can art keep a dialogue open when there is no space for a political discourse? The curators, together with the team and collaborators from the Visual Culture Research Center in Kyiv, decided to go ahead with the Biennial independently and autonomously. In the situation of crisis and aporia, a neutral space was needed where an alternative picture of history was possible.
We chose more than 15 venues in the city of Kyiv – museums, academies and libraries, but also an abandoned Soviet mall and a film archive – and turned them into places to meet, learn and discuss. Open platforms for workshops and lectures were integrated into the exhibition spaces in Kyiv and all over Europe where we could imagine together a common future.

Kyiv Biennial 2015 – The School of Kyiv was curated by Hedwig Saxenhuber and Georg Schöllhammer. Co-organized by the Visual Culture Research Center, Kyiv.

Michaela Geboltsberger (AT) studied art history and Art Theory and Cultural Studies. She worked as content manager and coordinator for VIENNAFAIR and is part of the curatorial team of "The School of Kyiv" - Kyiv Biennial 2015. Since January 2015 she is general manager and project coordinator at tranzit.at.

This event will be streamed live in the frame of the long term project tranzit.ro/ Iași: Public Space. aLIVE (2016-2018) realized with the financial support of the Iași City Hall, through the 2017 programme for non-reimbursable funding granted by the Iași City Hall budget. 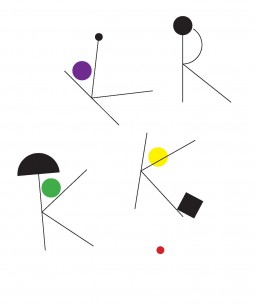