This is the fourth presentation taking part of a 7 selections from Video-Forum (n.b.k.) which is also the oldest collection of video art from Germany. The project is taking place from July to October 2015.

The selection that will be screened on Sunday, September 27 is realized by Delia Bulgaru.

”This four-movie selection, more random than deliberate, presents first a video essay (Aura dies hard, Or: How I Learned to Stop Worrying and Love the Copy), in which the author reflects on the rhetoric of dematerialisation often associated with the early days of video art, conceptual art and performance, as well as on the (authorised or unauthorised) duplication of video artworks.
The next three movies question in a poetic manner the relationship between fictional characters and a particular given space – an auto shop, a motorway and several doctor's offices, or a district of Paris built in the 1970s. The interaction between the characters and the scenery deals with issues concerning the relationship between the hierarchical structures of modern society and the individual (Habitat C3B), the relevance of individual existence in a dystopian universe (Not to be. Not to be at all) or the impossibility of sensory connection with a world in rapid evolution (The Delaware Project).” (Delia Bulgaru)

Delia Bulgaru has an MA in Mural Art from the Faculty of Visual Arts and Design from Iasi. In 2010 she became one of the founding members of the SATellite group (Social Artistic Tendency), together with Andrei Timofte and Alex Tărnăuceanu, a group whose artistic practice is often participative and has social applicability, the aim being to research the local and broader social and political contexts.
As of February 2014 she is part of the tranzit.ro/ Iaşi team. In the interval October-November 2014 she completed an internship at the Neuer Berliner Kunstverein (n.b.k.) in Berlin. 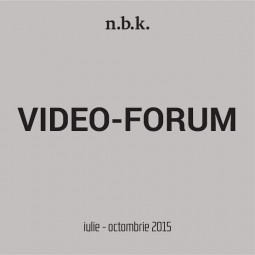