A project of The Last Archive 2020

The project will be launched in a video format online, on the 21st of December 2020, at 7 p.m.
Watch the film on Vimeo

The Last Archive is an artistic project initiated by the visual artist Vlad Basalici and enacted together with curator Raluca Voinea as part of the programme of the contemporary art centre tranzit.ro/București. In 2012, Vlad Basalici gathered newspapers published on the 21st of December of that year, the last day before the Apocalypse presumably announced by the Maya civilization, with this event and the news published about it constituting the basis for the apparition of The Last Archive.

Starting with 2013, a series of artists were invited to propose an exhibition starting from the material of this Archive. Péter Szabó, Monotremu, Giles Eldridge, Vilmos Koter, Kiki Mihuță, Maria Baroncea and Anca Bucur are the artists who enlarged the concept of The Last Archive, through their investigations on the end of the world, the end of the written press, on collective or personal anxieties, and on a possible post-human world, and through the realisation of a project-exhibition, opened in each year on the 21st of December, in the space where tranzit.ro/București activated between 2012-2019.

With this project, every year on the 21st of December we were celebrating an Apocalypse that never happened, in fact disregarding the small daily apocalypses and the state of precariousness continued from one year to the next. Thus, a project about the end became an opening towards the possibility of a new beginning.

In 2020 however, we are situating ourselves, many of us, in an amorphous state, as if after a more dramatic end which already took place, and is in fact still in process. We spent a lot of time this year in front of the screens, in a world of digital spectres, trying to imagine the state-after as a transformation and not as a return to the usual way of things that we were used to.

The Last Archive project in 2020 invited a series of artists, writers, researchers to propose a word/concept/term starting from a letter of the Romanian alphabet, which expresses their view about a post-apocalyptic world. Each guest spoke/performed/incanted this term in a short video transmission, in the spirit of the communication means dominant in 2020. The ensemble of these interventions constitutes an alphabet book of the post-apocalypse, offered as an invitation to the founding of any possible future world on new or transformed vocabularies.

2012 Alphabet Book is inspired by "Gilles Deleuze's alphabet book”, a series of interviews, recorded for television with the French philosopher in 1988 and 1989, in which he converses with his former student and friend Claire Parnet on topics related to his oeuvre and to his life. We are grateful to Constantin Petcou for this reference. 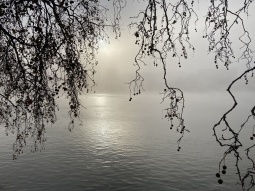