For their solo show at the Czech Centre in Bucharest, Anetta Mona Chişa & Lucia Tkáčová present an installation comprising several of their recent works, linked by their connection to the body (human or animal) and how this can transform and materialize abstractions such as finance, time or mathematical codes.

The body is no longer evoked as a whole but through its capacities such as language, manual skill or tactility. Names deconstructed to the letters that form them and recombined as precious pendants, euro coins melted and reconfigured by the grasp of the hand, animal bones chained in geometrically impossible structures, a carpet woven with the model of a broken touchscreen. The artists reshuffle codes in order to produce a different sense of the world, one that is made of and for “disobedient bodies, which surpass the enchainment imposed on them by the Empire and its minions.” (AMC/ LT)

The title of the exhibition is an anagram of the artists’ names, in a recent practice through which each of their solo exhibition or project receives one of the 11 octillions of possible permutations from the 27 letters of their names.
The Future Museum’s 2017 programme objectives are to articulate the position of Romanian artists who were born in Romania and then either settled in another country or spent many years abroad. The programme starts in May 2017 with this solo exhibition by Ovidiu Anton. Works by Anetta Mona Chisa & Lucia Tkáčová will open the summer season and the series will close with an autumn exhibition by the film director Andrei Ujică.

This event is organised by the Future Museum (Czech Centre Bucharest), with the support of BCR, Staropramen and Becherovka. Partner: tranzit.ro/ București. 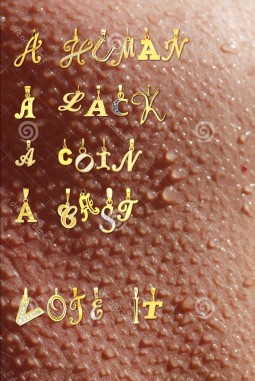