From the medieval embroidered epitaphios to the woven folk carpets, to the monumental tapestries commissioned by the Socialist state and to the prints for the contemporary interior design, textile arts have almost always been submitted to their status of mainly decorative arts, in a wider sense, as precious ornament for ideologies or the Church, and in the more modest one, as warm accessories for the homes.Being the preferred territory for the manifestation of women-artists, they have been at the same time considered minor arts and, despite the attention they received during the socialist years, they haven’t so far succeeded – with rare exceptions, in which artists such as Ana Lupaș or Șerbana Drăgoescu have explored their potential more in the direction of installation/ intervention and sculptural object – to reach the same levels of recognition as other media (painting and sculpture before 1989, new media after).

The exhibition Twilled Connections presents five artists from different generations, who approach the textile medium in its specificity, at the same time turning it autonomous, withdrawing it from the pressure of the decorative or the monumental. They create objects which are abstract, nostalgic, ironic, reflexive or political, indicating as many possible directions in which the textile thread, the silk cocoon, the printed fabric, stitch or embroidery shape worlds, define or evoke spaces and memories, individual and collective.

The exhibition can be visited until the 26th of July 2015 (extended by a week). 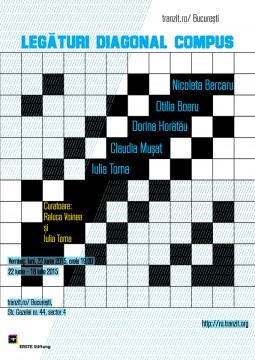