tranzit.ro/ Iasi - Matei Bejenaru - From A to B. Retrospective exhibition – part 1

From A to B, a new project comprising an exhibition and a performance by Matei Bejenaru will be on display at “Cupola” Art Gallery and tranzit.ro/ Iaşi space respectively.

The project is part of a series of retrospective exhibitions organized by tranzit.ro/ Iaşi with the aim of presenting the work of prominent Iaşi-based contemporary artists. The series has started last fall with Cezar Lăzărescu’s I love Periferic 3 and continues this time by concentrating on the artistic work of Matei Bejenaru. If the retrospective exhibition of Lăzărescu’s work has taken place in one venue and between certain dates, the current one will stretch over an entire year during which tranzit.ro/ Iaşi will organize more exhibitions and other events as a response to a growing regional and international interest in Matei Bejenaru’s work. Furthermore, tranzit.ro/ Iaşi will work together with Matei Bejenaru, in May 2013, in order to present a part of this project at Art Museum in Bacău, Romania.

The events will continue in October 2013 with the installation of the multi-channel video work Songs for a Better Future at tranzit.ro/ Iaşi and with the presentation of a few other older works by Matei Bejenaru.

“From A to B is an artistic research about the way one can visually represent the thinking processes associated with the transition between two ideas, state of affairs or situations. From A to B talks about the failure of the utopian project to which a country without a technological tradition, such as Romania, attempted to produce advanced knowledge in the field of rational, scientific knowledge.”(Matei Bejenaru, 2013)

Matei Bejenaru sets off on a symbolic journey, something he regards as a thought march, between the Polytechnic Institute's High Voltage Lab in Iaşi, a 1980s technologically advanced science laboratory (point A) and a privately-owned mechanical and foundry workshop in the same city, currently producing metallic objects of worship in churches using old equipment from various state-owned factories (point B). “In the gallery, the thought processes associated to the march take the shape of spatial structures, slide projection and 16mm film projections.” (Matei Bejenaru)

Having the entire project based on an intimate performance realized prior to this exhibition, a march between the point A to point B in the city of Iaşi, Matei Bejenaru will end this artistic process at tranzit.ro/ Iaşi with a public performance on the 19th of March.


Matei Bejenaru, visual artist who lives and works in Iasi, he is teaching photography and video-art at “George Enescu” University of Art. He is founding member of Vector Association in Iasi and director of the Periferic Contemporary Art Biennial (1997-2008). He participated, among others, to group exhibitions at Level 2 Gallery, Tate Modern, London (2007) and Taipei Biennial (2008). Between November 2010 and July 2011, his experimental project for choral music Songs for a better future was shown in London at The Drawing Room and Tate Modern (Turbine Hall), Vancouver at Western Front, Kunstlerhaus Buchsenhausen, Innsbruck. Between 2011 and 2012, Matei Bejenaru was guest teacher at Université du Québec à Montréal. Starting with 2012, he is associate artist at the Kettle’s Yard Art center, Cambridge, Great Britain.

ERSTE Foundation is main partner of tranzit.ro
Project realized with the support of The Union of Artists from Romania, Iaşi branch 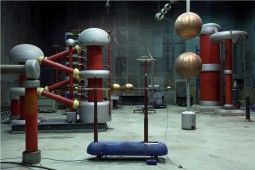