In London, and not just here, there are forms of urban design created to prevent homeless people from making shelters during the night. Some of them are visible aggressive: metallic spikes fixed in concrete blocks, signs of a hostile architecture that norms the public space. Others are integrated successfully into urban landscape. Their function is abstracted and they seem without utility at the first sight, so these can be taken as public art. Their violence is aestheticized to hide their primary purpose. 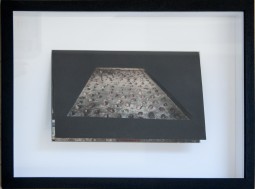