CORNER approaches football from an interdisciplinary perspective, focusing on context and language.

Alexandra Pirici writes about the body as technology of the spectacle in contemporary football, and in the second part of his article “System against system”, Declan Clarke writes and illustrates the history of modern football and the translation of socialism in football tactics.

Christopher Johnson approaches the ultras movement and its imaginary constructions in an one-on-no-one interview and Ion Dumitrescu writes about affect and the rituals of fans in an absurd game, one of teams without supporters and of supporters without a team. Starting from the recent bankruptcies of clubs and their identity crises, Petrică Mogoș makes a short guide of Romanian football in the late post-communism. This landscape of sports is developed further in an ample interview with the retired athlete Violeta Beclea-Szekely.

Women’s football is represented in this issue by the rubric “Emerging talents” and by the personal essay of Irina Costache, “With love, about women’s football”.

The posters of this issue are made by the artists Raluca Popa and Cătălin Mihalache. 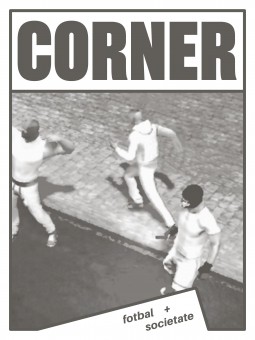