we need to talk about lorgean

Jean-Lorin Sterian invites you to a recital of folk dances of the self, an occasion to ask oneself the big questions: Are we born on an already pointed arrow? Which is your favourite animal? Can one live without lorgean? We’ll discover together what we know and what he doesn’t know yet.

The presentation is addressed to a group of 17 people. Entrance is free, with registration until the 5th of April, by email to: raluca.voinea@tranzit.org.

A performance produced within RAP 2014 (residencies, ateliers, public), a cultural program developed by the National Dance Centre Bucharest in partnership with Colectiv A Association.

Jean-Lorin Sterian is a writer, playwright, performer. In 2008 he created lorgean theatre, the first apartment space for performance and theatre in Romania, of which he wrote a book in 2012. As a performer his debut took place in 2010, with Inertia for Everybody. In 2012 he realized his first solo show, Zuzgwang, presented in the eXplore festival. Other shows: MC’96 (2013), Striptease (with Alice Pons, 2013). His latest play is called Starshitting (Pe culmile revărsării), 2014. As a cultural manager he initiated and organized the campaign “We are playing with open house”, a theatre on the bus festival, as well as HomeFest, a festival dedicated to artistic events in the domestic space. 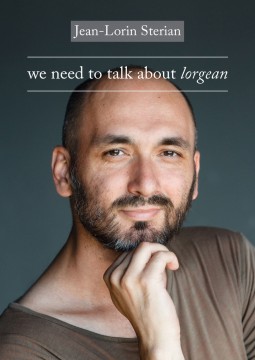