The paradoxical post-communist utopia of artist-led-spaces in Bucharest

A round-table discussion organized and moderated by Igor Mocanu

The paradoxical post-communist utopia of artist-led-spaces in Bucharest

A round-table discussion organized and moderated by Igor Mocanu

“The paradoxical utopia resides in a situation in which the overwhelming quantity of artist institutions in the artist-run culture from post-communist Romania is inversely proportional to the bad functioning in the field of visual arts in general, though a liberal field, one in a context which is itself defective institutionally. The apparent ebullition and effervescence in the field of contemporary arts mask in fact the utopian nostalgia of artists for a coherent artistic system, which functions well and pays for their work as it is.” (Igor Mocanu)

The debate takes place on the occasion of the text written by Igor Mocanu for “Close-up: Post-Transition Writings”, a volume published by Artyčok.TV and The Academy of Fine Arts in Prague within the project “Close-up: creative tools for new criticism”. This project is realized in 2013-2015 through the collaboration of six organizations (Artyčok.TV, ArtToday, tranzit.ro, Lumen, KURS and Remont). The other contributors to the volume are: Société Réaliste, Erik Sikora, Martin Zet, skupina P.O.L.E., Claudiu Cobilanschi, Mileta Mijatović, Marko Miletić, Vida Knežević, József Mélyi, Tereza Stejskalová, Ivana Komanická, Corina L. Apostol, Jan Zálešák and Miklós Erhardt.

With the support of the Culture programme of the European Union. 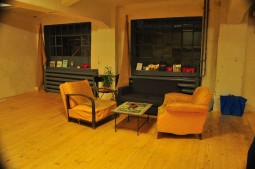