Letter of intent:
I define myself as an art theoretician and curator with a background in philosophy, currently pursuing a PhD research (theory based) at the Loughborough University School of the Arts (UK). I position myself at the crossing lines of the academic and non-academic larger cultural fields: this presupposes that critical theory influences in great measure my practise as cultural worker, which I undertake within the ArtLeaks and vessel platforms. My PhD research focuses on the artistic practise of institutional critique. I am particularly interested in the structural and ideological conditions which lead to the emergence of critical practises within art institutions and their dissemination in the contemporary artistic discourse. I also pay attention to the prejudices and expectations with which we talk about institutional critique today. Whilst acknowledging that critique has become a recurrent theme-park and has been progressively transformed into an object of aesthetic contemplation and consumption, I ask whether there are still alternatives to what some artists denounce as “cooptation”. I am thus searching for the manners in which art escapes from institutional significations and dominant social laws, while recognising, at the same time, the precarization of the institutional scenery itself under neo-liberal economic conditions.

The reasons for applying to the Artists-in-Residence Program are animated by my ongoing research and interests in institutional critique. In Vienna I have two main objectives. First of all, this city represents for me the place which hosts the most powerful Occupy Universities movement, where students at the Art Academy have often taken leadership. Since it is my belief that in order to reinvent itself, institutional critique as a practise has to rewrite its vocabulary and engage in transversal alliances with similar movements from neighbouring fields (from the greater struggles against the privatization of universities and national health systems to micro-political struggles in immigrant ghettos), my aim is to contact and discuss with representatives of these movements.
Secondly, my research approach has been greatly influenced by the platform of the European Institute for Progressive Cultural Policies and their published dossiers, and I would like to use my residency as a chance to meet and possibly interview its members who are based in Vienna. Among them, I share a common theoretical approach with Gerald Raunig, whom I would like to meet in person and interview.


Biography:
I am currently a PhD. research student at Loughborough University School of the Arts, where I occasionally take teaching duties. Here I thought seminars on New Genre Public Art and The Concept of Precarity in the field of Culture. I was Marius Babias' assistant curator for Periferic 7 Biennial for Contemporary Art / Social Processes Section (Iasi/Romania 2005-2006) and also for L'Europe en devenir. Partie II (Swiss Cultural Institute, Paris, 2007). I curated Beneath the Remains: Translations of Estrangement and the Politics of Survival (arttransponder, Berlin, 2009). Between 2004-2008 I was part of the organisational team of the Periferic Biennial for Contemporary Art. I currently activate as curator within vessel / Bari, Italy, in the frame of which I recently co-curated the “GS1. Enter the Artworld? Marginal establishments, cooptation and resistance” (Bari, june 12-14, 2012) international conference. I also activate in ArtLeaks, where I am involved in the publishing of cases of censorship and exploitation in the arts and in the organisation of working assemblies. I translated from English to Romanian Arthur Danto's Transfiguration of the Commonplace. A philosophy of art (Transfigurarea locului comun. O filosofie a artei, Idea: Cluj, 2012) and from German to Romanian Marius Babias' Die Rückeroberung der Politik (Recucerirea Politicului, Cluj: Idea, 2008, in collaboration with Cristian Cercel).

The Artists-in-Residence programme at quartier21/MuseumsQuartier provides young artists from the Czech Republic, Hungary, Romania and the Slovak Republic with a guest studio and the opportunity to live and work in Vienna for the period of two months.
ERSTE Foundation is the main partner of tranzit and also provides financing for the Artists-in-Residence programme. tranzit is responsible for selecting the artists.

The residencies are designed for artists, curators and theoreticians working in the field of contemporary art. 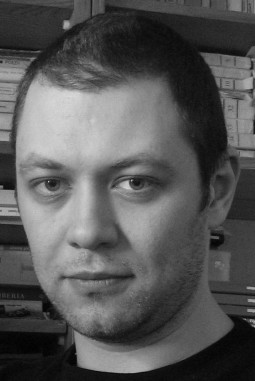