house pARTy was an alternative and collective artistic manifestation, initiated by Nadina and Decebal Scriba in July 1987 and repeated in August 1988, at their home residence in Bucharest. The film of the two nights presents the installations, interventions and performances of the participants, prepared and realized in front of the video camera. Both the experimental nature of the artistic actions and their cinematic character make house pARTy a historic and aesthetic document unique in the history of visual arts in Romania. 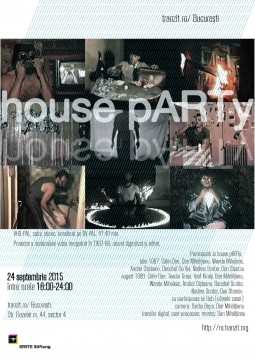