tranzit.ro is a non-governmental organisation based in Romania, initiated and funded by ERSTE Foundation, with the mission to identify and discuss the context, attitudes and methods of contemporary art, especially in Romania and East-Europe.

tranzit.ro becomes thus the fifth member of tranzit.org, a network of, so far, four independent, non-profit organisations in Austria, the Czech Republic, Hungary and the Slovak Republic. tranzit association was founded in 2002, and since 2010 ERSTE Foundation has become its main partner. tranzit has been developing artistic and cultural activities with a critical approach, fostering a permanent dialectic between local and global culture. tranzit serves as a platform which aims to inform all those who are active in the international art world about the developments of the contemporary art scene in Central and Eastern Europe.

tranzit.ro is founded by 5 members from Romania: Matei Bejenaru, Livia Pancu, Lia Perjovschi, Attila Tordai-S, Raluca Voinea. The association’s board of directors is initially formed by: Livia Pancu, Attila Tordai-S. and Raluca Voinea, who are curatorially responsible for coordinating the activities in their respective cities (Iasi, Cluj, Bucharest), but also for creating a coherent programme and set of partnerships for tranzit.ro nationally and regionally. 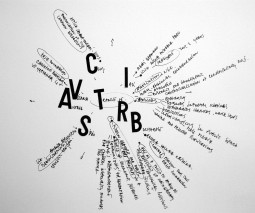